Attend a Workshop
Previous
Next 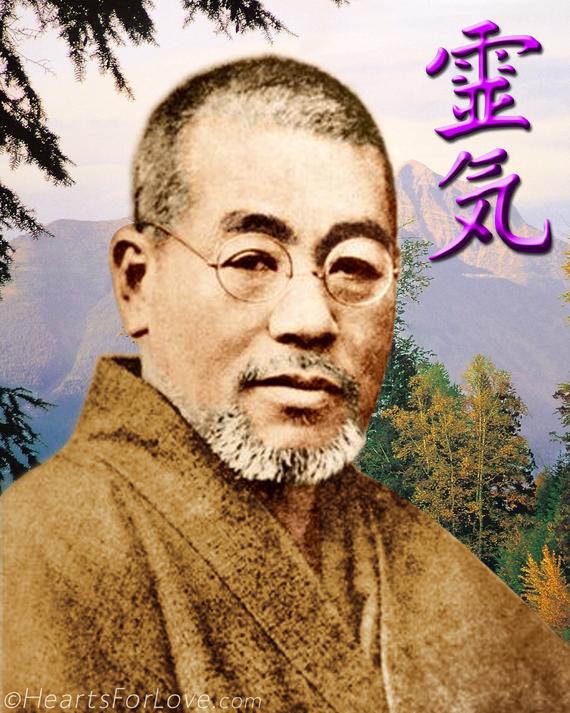 Mikao Usui was a Japanese Tendai Buddhist who studied Kiko, a form of Martial Arts similar to Qiging. In 1922 he went on a search to discover a healing method, similar to that used by Jesus and the Buddha, that would not deplete his own life force energy. After years of dedicated research and a twenty-one-day retreat on Mount Kurama, involving meditation, fasting, and prayer. Usui claimed that by mystical revelation he had gained the knowledge and spiritual power to apply and attune others to what is called “Reiki”.

The name Reiki derives from two Japanese characters rei’ (meaning ‘unseen’ or ‘spiritual’) and ki (Chinese qi or chi, here meaning ‘energy’ or ‘life force’, Prana in India, Mana in Hawaii and other names around the world). In English, the meaning of Reiki is often given as ‘Universal life force energy’ or “Spiritually guided life force energy”.

Reiki is a holistic therapy which brings about healing on physical, mental, emotional and spiritual levels. It is said that healing may occur in any or all of these domains in a single treatment, without a complete understanding needed by either the practitioner or the recipient. It is administered by “laying on hands” and is based on the idea that an unseen “life force energy” flows through us and is what causes us to be alive. If one’s “life force energy” is low, then we are more likely to get sick or feel stress, and if it is high, we are more capable of being happy and healthy. Reiki is a simple, natural and safe method of spiritual healing and self-improvement that everyone can use. It has been promoted as being effective in helping virtually every known illness and malady and always creates a beneficial effect. It also works in conjunction with all other medical or therapeutic techniques to relieve side effects and promote recovery. An amazingly simple technique to learn, the ability to use Reiki is not taught in the usual sense but is transferred to the student during a Reiki class. This ability is passed on during an “attunement” given by a Reiki Master and allows the student to tap into an unlimited supply of “life force energy” to improve one’s health and enhance the quality of life.

When we have emotional issues going on in our lives it can cause a block in the flow of our energy field or aura. If we are unable to deal with these issues, the block may move through the layers to manifest as illness or injury. When the paractitioner does Reiki on himself/herself or others, the energy blockage is cleared, allowing the mind-body-soul system to return back into homeostasis, which then speeds up the  healing process and return back to health and balance once more. The Reiki practitioner is simply the channel or hollow reed, through which the energy flows. It is drawn by the client/patient to use for their highest good, whether that is for physical, mental, emotional or spiritual purposes, or a combination of any of these levels.

Carol Macrae had been a Registered Nurse in the past, then went on to help her husband own and operate fitness centres.

She learned Reiki in 1998 after her knees had been swollen for three years due to managing fitness centres and teaching too many high impact aerobic classes every week for over 10 years. Even though surgeons told her there was a 20% chance an operation could fix her knees, and that she could never exercise again, not even go for walks, she was devestated, but would not give up.

Reiki found Carol, after a series of events which culminated in a Reiki book falling off a shelf in front of her in a book shop. After reading this book, she knew that she would have to fix herself. After taking the Reiki Levels 1 and 2 classes in Byron Bay, Carol returned home, put her hands on her knees for 20 minutes, then went to bed. In the morning when she worke, the pain and swelling was gon forever and her knees were fully healed. She exclaimed “Oh my God, this is not my imagination, this is real!” Three weeks later Carol began doing Reiki treatments on clients and saw miracles appear below her hands!

A year later Carol trained to become a Reiki and Seichim (Egyptian Healing) Master and Teacher. Three weeks later Carol started teaching Reiki to her students, who had been her clients who also wanted to be able to share this gift with their families and friends. Since then Carol has taught over 700 students and has 76 Reiki Masters she has also trained, so that they too can share the magic that is Reiki.

This was the beginning of Carol’s life work as a healer, Clinical and 5-PATH Hypnothersapist, Touch For Health Kinesilogist, Theta Healer and Spiritual leader in her community. To heal herself, then share what she has learned with others to heal our world is her quest.

Reiki will change your life forever!

Reiki is Love. It will help you let go of fear, hate, anger and worry, and the need to judge yourself and others so harshly. It will help you find peace and balance, and change your perspective on everything that happens in your life. Reiki will give you the tools to cope better in this turbulent world, while helping others to heal physically, mentally, emotionally and spiritually.

If you’d like more information or wish to enroll in one of our Usui Reiki Workshops, please feel free contact me on 0413346637, E-mail: support@carolmacrae.com.

I would also love to hear from any other Reiki Practitioners or Reiki Masters to enjoy a chat, and share experiences. So again, you can contact me as above.

Reiki is an ancient Japanese form of Hands-on Healing which channels Universal Life-force Energy to promote healing on every level.
Reiki clears away energetic blockages, and allow the mind, body and soul to return back to a state of health and harmony. It is a wonderful modality for self-healing and transformation and also to assist family, friends and others to heal and bring about change.

When you feel the calling to learn Reiki, it will keep popping up in your awareness till you answer that call. This generally means it is something you are meant to be doing with your life, to facilitate your healing and connect you with your higher purpose. Reiki will shift the way you see the world, help you heal your own life and give you tools to help others. It is a path back to wholeness.

I learned Reiki in 1998, when I had to find a way to heal myself from severe injuries from teaching fitness classes for many years. My knees had been swollen for 3 years and I was in constant pain. Although surgeons told me they couldn’t fix me and that I could never exercise again, I knew I would have to find a way to fix myself. After a Reiki book fell from a shelf in the book shop I knew I’d found the answer!
I learned Reiki Levels 1 & 2 in Byron Bay, then after I returned home I did Reiki on my knees for 20 minutes and went to bed. The next morning I work and the swelling and pain was gone and I could jog. That was more than 20 years ago and I have never had a problem with my knees again.

A year later I became a Reiki and Seichim Master and Teacher. So began my Reiki Journey! Since then I have healed my own bone cancer, worked with thousands of clients with physical, mental, emotional and spiritual issues, trained more than 600 students and witnessed miracles!

This is the magic of Reiki. It will change your life forever!

You’ll Learn:
Reiki Level 1 – 1 Day Workshop Includes:
Payment: Payment plans can be arranged upon request.
For those participating in both Level 1 & 2 workshops over the same weekend there is a Discount.
Where: Jyoti River Healing Centre in Macquarie Chambers
69-79 Macquarie St, Dubbo, NSW, 2830
Bring: Water to drink through the weekend, a towel & pillow.
(For Level 2 please bring a photo of someone you’d like to send Distant Healing to.)
Lunch: Lunch can be purchased in nearby shops or we can go out together.
Do something for YOURSELF this year that will change your life and begin your Spiritual journey!

Register on our Bookings Page.

Reiki Level 2 is the NEXT STEP towards Self-Mastery and Personal Empowerment! Participants wishing to do a Reiki Level 2 Workshop must have first completed a Reiki Level 1 workshop with a qualified instructor.
You’ll Learn:
Reiki Level 2 – 1 Day Workshop Includes:
Level 2 Payments:
Payment plans can be arranged upon request.
For those participating in both Level 1 & 2 workshops over the weekend there is a Discount.
Where: Jyoti River Healing Centre in Macquarie Chambers
69-79 Macquarie St, Dubbo, NSW, 2830
Bring: Water to drink through the weekend, a towel & pillow.
For Level 2 please bring a photo of someone you’d like to send Distant Healing to.
Lunch: Can be purchased in nearby shops or we can go out together.
Take the next step towards self-mastery!
Register: on our Bookings Page.

Reiki Master and Teacher - Shinpiden - To be announced

The Reiki Master and Teacher’s Workshop is not open to everyone, but your participation must be decided after careful consideration and meditation by the Teacher. Participants must have first completed the Reiki Levels 1 and 2 Workshop, and have some experience in Spiritual practices and doing Reiki on themselves and others. The Master’s Workshop is for those wishing to further their knowledge in this field, after completing Levels 1 and 2.
This level increases the Reiki Energy and enables the student to teach and attune others to the Usui Reiki System of Natural Healing. Along with the Master’s training comes responsibility. Although this workshop is considered completion, it is also the beginning of your lifelong learning, for becomming a master simply means we are proficient in the basics…we never stop learning and growing!
Further Workshops will be held throughout the year upon request.
Although this is a Reiki Master and Teacher’s Workshop. if time permits we may also do the Beginner and Master level training for Seichim, the Egyptian Healing System which works so well with Reiki.
The Reiki Master and Teacher’s Workshop brings completion to the 3 levels of Usui Reiki. Time to share what we know and help make this worlda better place for all! Become the Master of your own Destiny!
You’ll Learn:
The Reiki and Seichim Master & Teacher’s 2 Day Workshop Includes:
Level 3  Payment: Payment plans can be arranged upon request.
For those participating in both Level 1 & 2 workshops over the weekend there is a Discount.
Where:  Smaller Classes will be held in Carol’s Office in Macquarie Chambers.
Larger Classes will be held Jyoti River Healing Centre in Macquarie Chambers
69-79 Macquarie St, Dubbo, NSW, 2830
Bring: Water to drink through the weekend, a towel & pillow.
Lunch: Can be purchased in nearby shops or we can go out together.
Take the next step towards self-mastery!
Register: on our Bookings Page.
Contact: Carol Macrae for more information or to discuss your readiness for the Reiki Master and Teacher’s Training.
Attend a Workshop 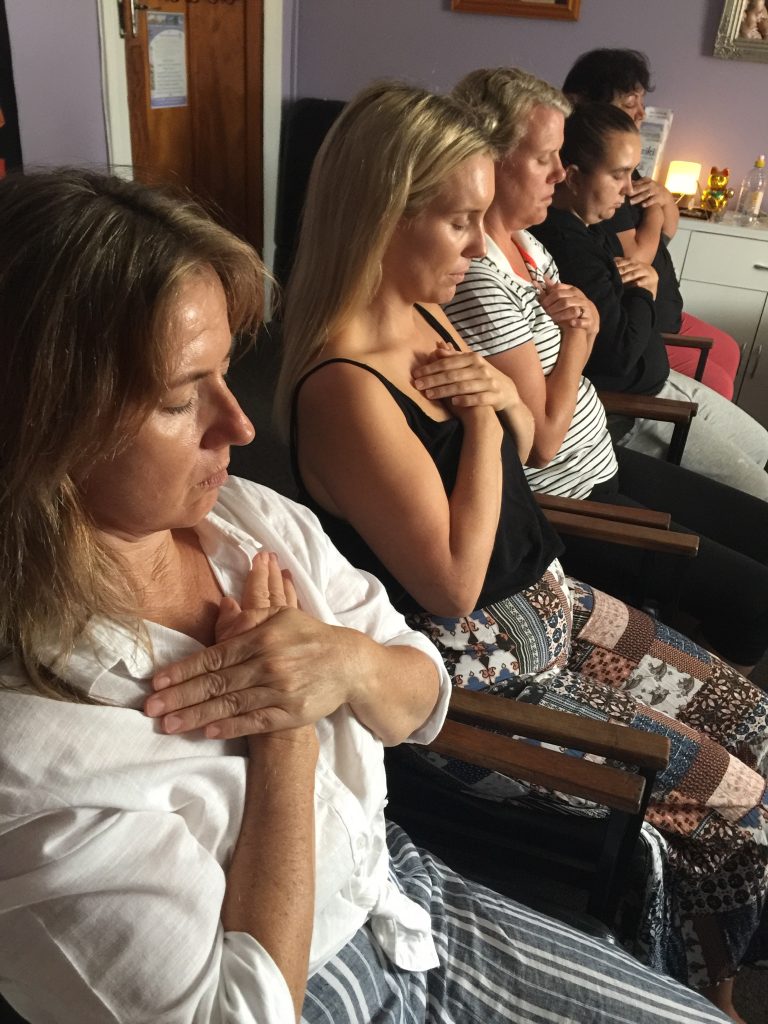 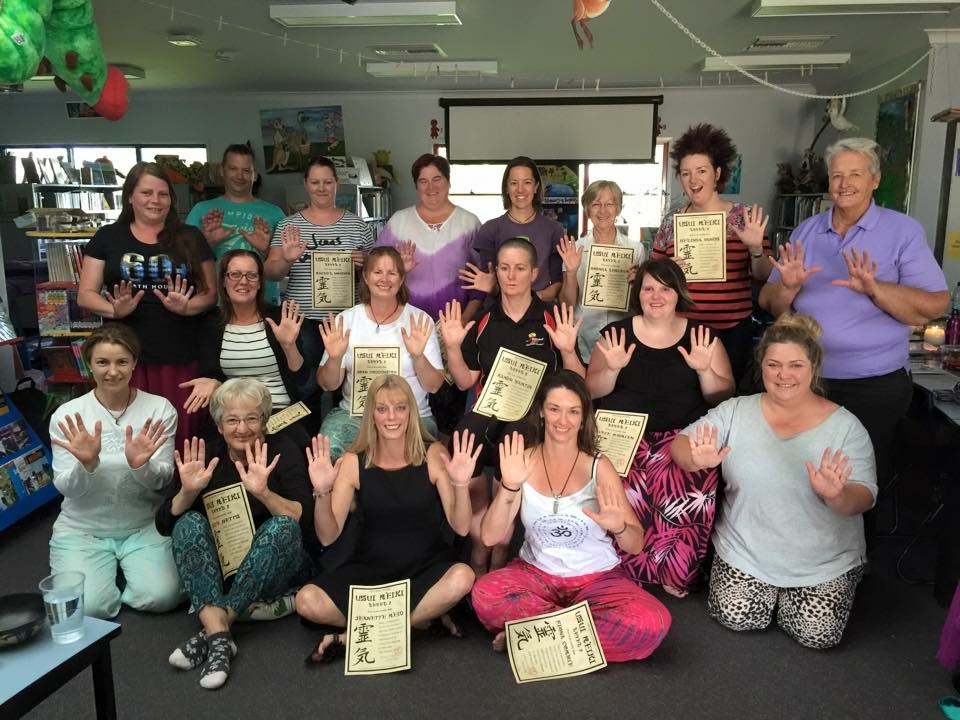 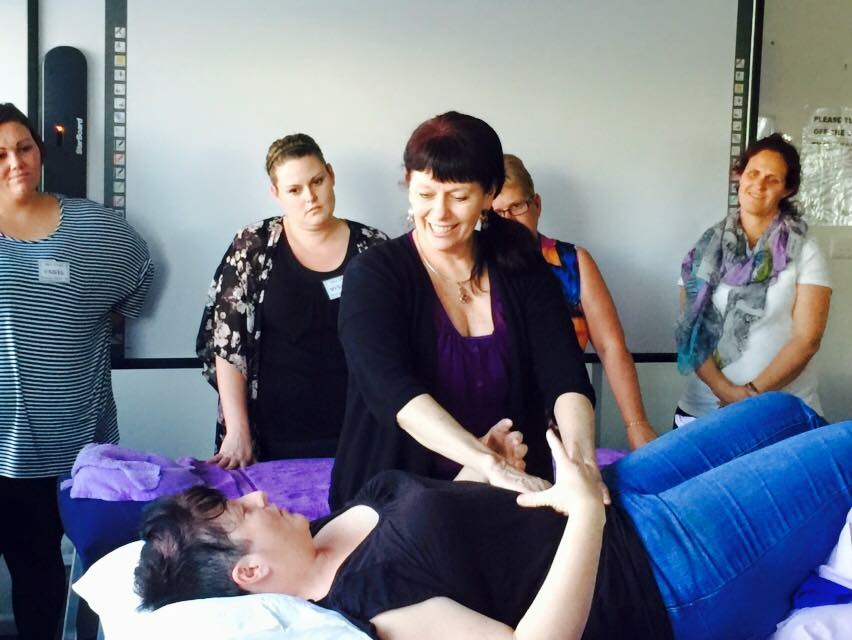 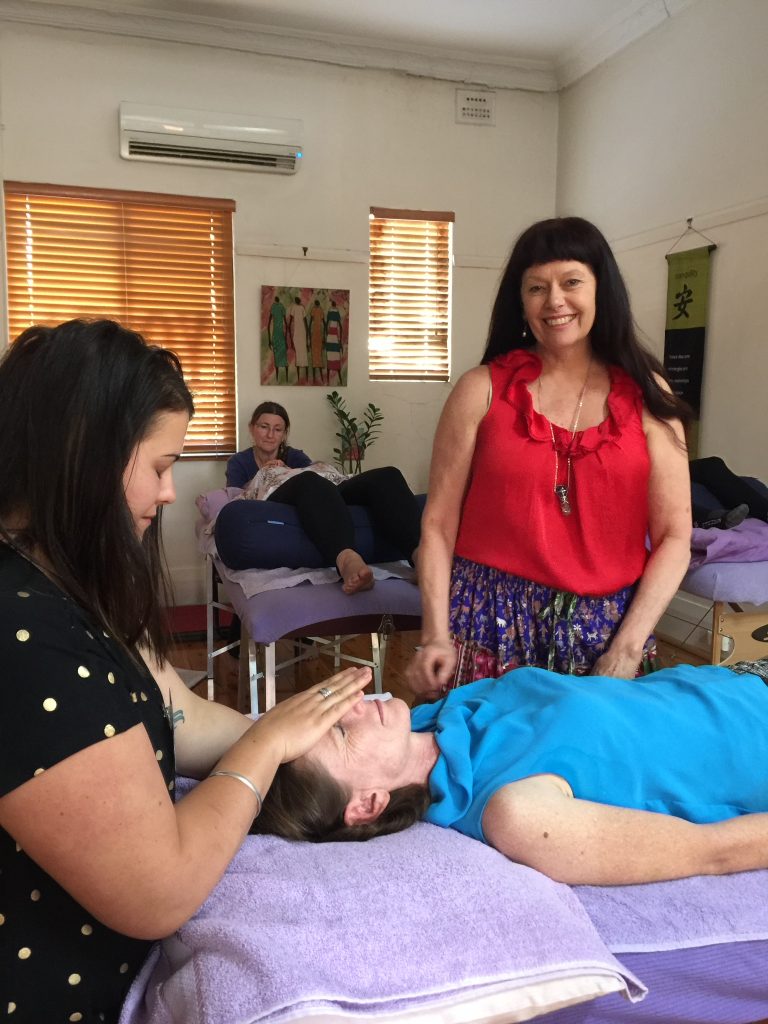 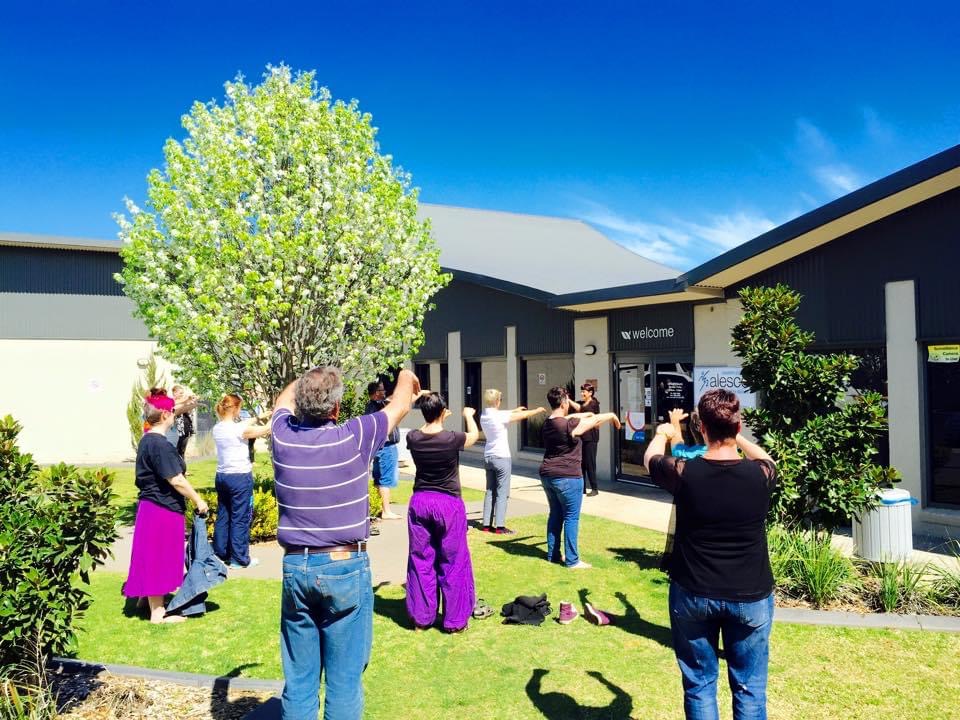 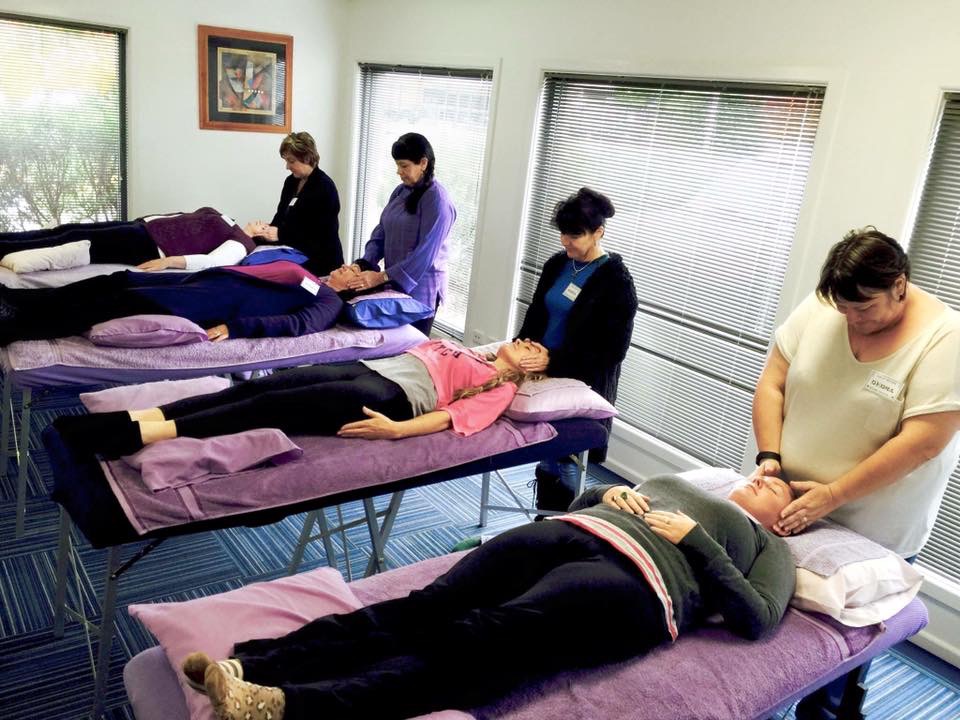 Would you like to know more about our workshops?

Best therapist I have ever been to. Changed my world. Love you Carol and thanks so much xx
Dixie Gozzard
I was thinking this doesn't work, but after my first session today, I would so recommend Carol Macrae and team @ Mind-Body-Magic: Hypnosis Reiki & Essential Wellness. I feel so good and some stress lifted off my shoulders and a lot of questions answered already! I cannot wait for my next session next week. Thank you Carol for my visit.
Hector Hill