Carol’s Reiki journey began in 1998 Reiki when a series of synchronicities led her to trying to heal severely damaged knees she’d received after running fitness centres for many years and teaching 11 high impact aerobic classes each week, till her knees became swollen and painful, and remained so for more than 3 years, despite physiotherapy and other traditional therapies. Surgeons told her that there was a 20% chance an operation could fix her knees, and that she could never exercise again, or even go for walks. While at a local book shop, a Reiki book fell off the shelf in front of her. She read the back cover, and knew that she was meant to learn Reiki to heal her own knees. 2 Weeks later she attended a Reiki Level 1 Workshop in Byron Bay with Reiki Master Zetta Michaels. Zetta told her that she mast stay, walk on the beach on the Wednesday, and return to do Level 3 on the Thursday and Friday.

A year later Carol did her Reiki Master’s training in Broken Hill and was also attuned to Seichim, the Egyptian Healing System know known as Sekhem/All Love, and 3 weeks later was teaching Reiki Workshops. Now Carol has over 700 students, including 72 Reiki Masters she has trained, so that they too can share the gift of Reiki with others.

This was the beginning of Carol’s life work as a healer, and she has long been recognised as a spiritual leader in her community. Reiki has changed her life, and it can change yours too!
Carol has continued to train in several other modalities, including becoming a Clinical and 5-PATH Hypnotherapist in 2005, the going on to train in Komyo Reiki-Do, Theta Healing, Touch For Health Kinesiology, Yi Dow, and Neuro Stress release using tapping techniques and other mind-body healing systems. She uses an integrative wellness approach to helping her clients to heal their mind, body, emotions and their lives. She believes in finding what works for you, then sharing it with others. This is her quest. 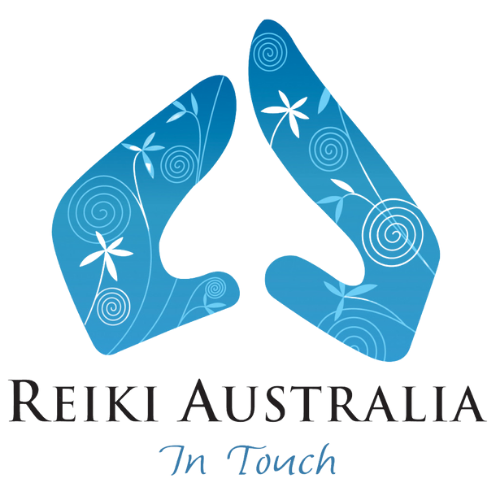 In 2021 carol was asked to join the Board of Directors for Reiki Australia, where she continues to help promote Reiki as an alternative form of Natural Therapy which can work alone or in conjunction with mainstream Western Medicine. As a Registered Nurse (Non-Practicing), she is very excited about bringing Reiki into hospitals and the wider community, because she has witnessed it first hand in her own life, dealing with 2 bouts of breast cancer and actually using Reiki, self-hypnosis, meditation and nutrition to heal her own bone cancer in 2016.

Book an appointment or attend one of her empowering workshops to change your life and heal your body, mind and soul.

book a treatment or workshop

When training in Reiki, your lineage is important. The closer you are to the top, the more you will be in alignment with the traditional teachings.

It is said that 2,500 Years Ago- ? Tibetan Monks and Practitioners first used this energy, but this cannot be verified.

1. Dr Mikao Usui- Rediscovered Reiki, March 1922 during a mystical experience
( 1865 – 1926) on Mt Kurama.
2. Dr Chujiro Hayashi- One of Dr Usui’s students. Founded a clinic in Japan. Developed
(1878– 1940) the standard hand positions and divided Reiki into Levels 1, 2 & 3.
3. Mrs Hawayo Takata- Learnt Reiki form Dr Hayashi and brought Reiki to the West. (1900-1980)
4. Beth Gray- One of Mrs Takata’s 22 Masters. Initiated between 1970 and 1980 and spread Reiki to the rest of the world.
5. Denise Crundall- Beth Gray’s Student
5. Also William Rand- William has also taken Reiki from Diane McCumber, Marlene  Schilke, Harry Kuboi, Bethel Phaigh and Phyllis Furumoto
6. Zetta Michaels- My Reiki Master
7. Carol Macrae– Your Reiki Master
8. YOU– If you attend a Reiki Workshop with Carol, you will be at number 8.

This workshop is the start of a life long opportunity
to practise, apply, contemplate, live, honour, choose
and love working with Reiki / Life Force Energy.
Your Other Lineage

What an amazing woman to help me navigate through Reiki. The workshop is a great day and I've learnt so many things in such a short time. Thank you Carol!
Rachel Kerney
I would highly recommend seeing Carol for any challenges you are facing in your life or even to have a casual chat. A beautiful down to earth soul I am very grateful to have as support in my life. Thank you Carol.
Bradley Bower